SECLUDED AND PEACEFUL LODGES IN A BEAUTIFUL LOCATION

Some 24 miles long and quite narrow, Loch Awe forms a considerable catchment area for the many feeder burns flowing from the surrounding mountains. Water quality is high and the fish population thrive in this rich, natural feeding area. The many bays vary in size and depth and each has its own particular attraction – shallow, sandy, rocky, reedy.

Loch Awe has always been famous for its wild brown trout, having broken the British rod-caught record four times over the last decade. It is, however, its reputation for good mixed bags of 8oz – 3lb trout that still attracts the majority of anglers. Whether novice or purist, young or old, Loch Awe has a great deal to offer both game and coarse fishermen.

Fishing on Loch Awe is not only for the purist or well-seasoned angler. Whether you are experienced or a novice, young or old, Loch Awe has a great deal to offer.

Brown Trout: The brown trout season runs from 15 March to 6 October. Methods of fishing vary, and whilst fly is generally accepted as the best method, many anglers use worm or maggot (either ‘ledgered’ or on a float). Spinning with lures (Mepp, Rapala, Toby) is also successful, but it is always advisable to fish on the light side – up to 6lb test. Flies should be of the wet variety (10–16), of standard or loch pattern and in harmony with the months applicable to hatching flies. Irish patterns also do well, and for the angler wishing to lose him/herself in the many bays ‘nymphing’ can be very rewarding.

Rainbow Trout: Escapees from the two fish farms on Loch Awe also provide sport and should be fished in the same manner as brown trout. (15 March – 6 October). Would anglers please kill ALL rainbow trout caught from the loch, whatever the size. This is to lessen the impact that escapes of rainbow trout have on the the wild brown trout population.

Char: A natural and historic species often caught by trout anglers, especially as the season progresses and the water temperature rises. (15 March – 6 October)

Perch: Tend to be seasonal; in warm weather often found in reedy bays and around old piers. (15 March – 6 October)

Spinning is also an acceptable method, using plug type lures again set on the required wire trace. Another more recent and successfully method is fly fishing from a boat, with a standard fly rod, slow sink or sink tip fly line, long leader, short wire trace, and 2–4″ long streamer type dressing (white or orange) Maribou on size 6–8 or 10 hooks tied in tandem. Trolling for pike is restricted to the trout season (15 March to 6 October) and only with pike plugs or 5″-minimum lures on a wire trace.

Pike: Loch Awe also boasts some very large pike. Like the brown trout they are wild and extremely wide ranging in their hunt for food. The current record for Loch Awe stands at 35.5 lb. Pike fishing is open all year and can provide some excellent winter sport – mainly in the larger reedy bays either from the shore or by boat. The most popular method is dead bait – such as mackerel, herring, lamphrey or eel section, sardine, sprat, smelt – set on a wire trace and using two or three treble hooks (size 6, 8 or 10 depending on the size of the bait). No live fish or other vertebrates to be used as bait. 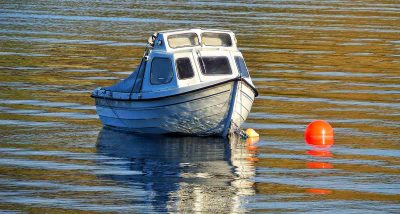 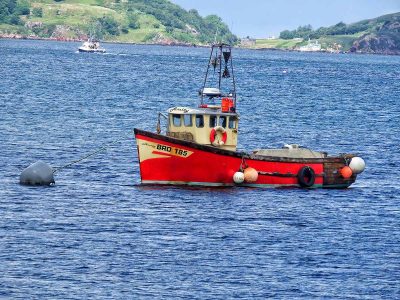 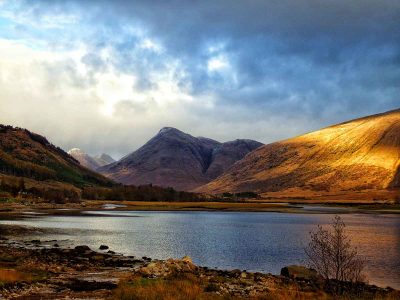 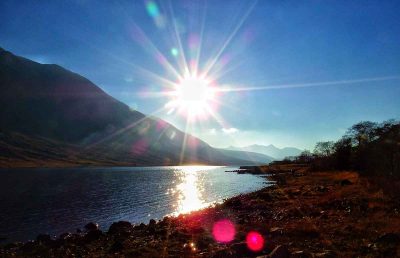 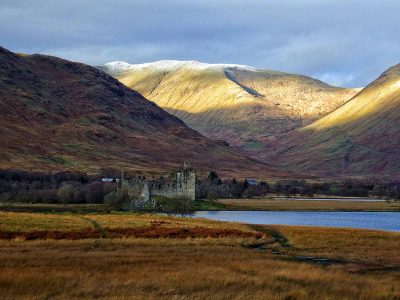 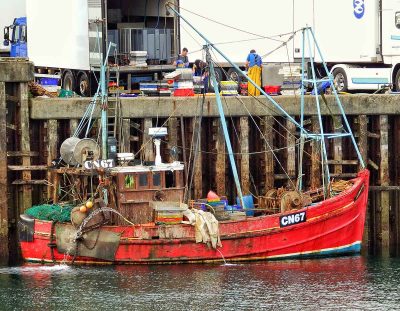